I bought one the other day, I have run into it in the past where the power pole was on the opposite site of the site ( ? ) made no sense, but hey, I'm just a camper, not a campground designer...... anyway...

I used it at home today to power up the camper and noticed that the OEM plug on my camper while shaped similar, does no "nest" into the relief of the female end of the extension cord. Of course, the Male end of the Wally cord would nest perfectly as it had the proper relief to sit in and pretty much "seal"

something to keep an eye on if you go this route.


the female end and the stand off 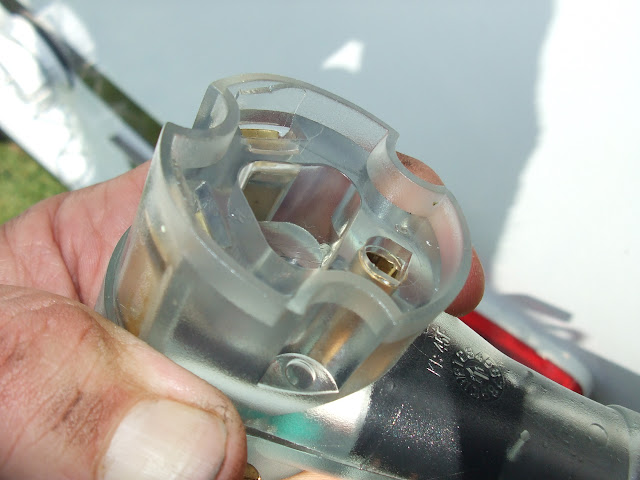 camper plug connected the male pins were about 3/16" into the female spades, not a good connection in my mind. 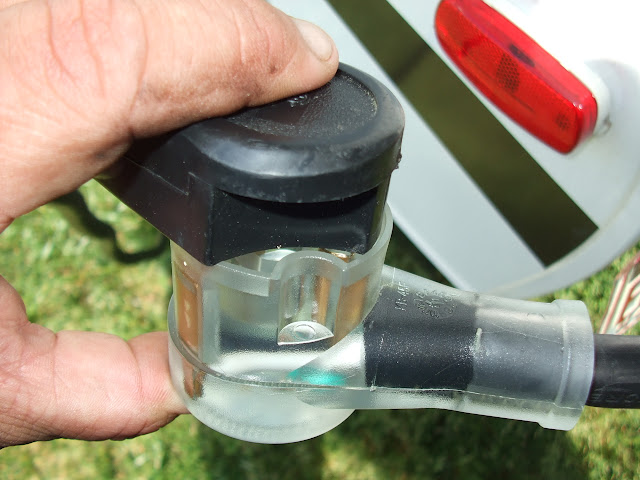 the modification, cut the stand off away from the plug, camper plug now seats well and tight 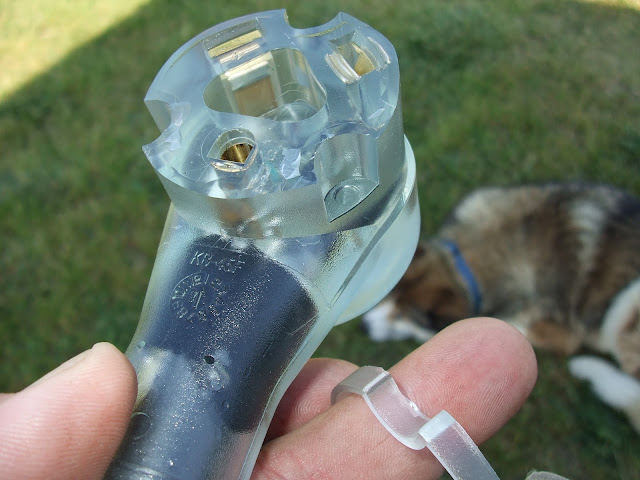 I'll keep it covered when in use, even if it sealed I would have.

I'm not either, but it was cheaper than any of the dealers and I didn't have to pay shipping.

I can live with a minor modification.