Its always annoyed me that our popup didnt have a 12v outlet or means to charge/use anything thats 12v. After reading some threads here I decided to buy the blue sea 4366 panel which has a 12v outlet, two 2.1amp USB plugs, a volt meter, and a 15 amp circuit breaker/switch. I found it at pkys inc for $68 shipped, which was the cheapest I could find it. I really didnt want to cut a hole in anything but I couldnt find a good spot to mount it without doing such. Once I cut the hole, the pain was gone so I went ahead and cut another hole for a little panel to monitor the amps being drawn from the battery. Its just a cheap unit with a shunt that I found on amazon. Its a little over board at 0-100amps but I wanted a model with the shunt, so why not. For now, the shunt just sits under the lid on the battery but I plan on trying to permanently mount it someway. I ran 14 gauge wire to the battery and fused it at the battery with a 15 amp fuse. Didnt see any way around it so I just drilled a hole in the floor and sealed it with RTV, then ran the wires over with the rest of the wiring thats already ran under the camper. Its grounded at an existing grounding screw on the frame. The power for the amp meter comes from the power on the blue sea panel and I also added a 5 amp fuse to that wiring just in case the screen decides to burn up or something. You'll notice there is a voltage difference between the two and the cheap amp meter from amazon agreed with my multimeter.... So the $68 panel from blue sea may be slightly inaccurate. Something I didnt know/think about, the meter will only measure amps in one direction.... For whatever reason I just thinking when you charged the battery it would be able to also show those amps but it just says 0.00 amps while charging. You can switch the wires on the shunt and it will then show the charging amps so Im going to buy a DPDT switch and mount it beside of the screen so you can flip it. After looking into it, they show you mounting two screens, one for charging and one for load. Im not sure I wouldve mounted two screens even if I had known this when buying the amp meter but it does mess with the watt hour usage if you want to track that. You could just reset it after charging so you could monitor usage.

While I was at it, I bought new warm white LEDs from M4 Products. I bought two different LED's, one was ~$6 a piece and the other was ~10 a piece. The $6 leds stated that they are good if you do not plan on using the light for hours at a time, which Ive never done on the interior but sometimes Ill leave the outside light on overnight, so I figured the all aluminium LED was better suited out there. I cant really tell a difference in the light output although the $10 led claims it puts out 350 lumens as opposed to 150 lumens with the $6 led. The $10 LED also only uses 0.25 amps while the other uses 0.35 amps. I do wish I wouldve bought the $10 LED for all locations but at the time it seemed like a waste on something that is only used 2-3 times a year.... They are plenty bright enough for inside of the popup though.

Something else I was very curious about, the trailer wiring on my Jeep is aftermarket and it uses the same 12 AWG wire coming from the battery for the trailer lights and the AUX battery on the 7 pin. I was wondering if that single wire was enough to power all of that so after camping for 5 days, I checked to see how many amps the battery pulled from the TV. The battery wasnt completely discharged, it was showing 12.3v on the meter but it still pulled 5 amps. With the fridge on DC, driving lights on, and the brakes on, it was pulling 17.3 amps so I believe I should run another wire just for the aux charge on the 7 pin.

FYI - the MOPAR OEM tow harness has skinny wires IMO. I have not hooked the12V wire up to the PUP yet as I had no need. With smokey skies I may need utilize that feature of the tow harness.
J

I looked at my factory service manual for my other jeeps that have factory tow and it shows 18 awg wires but the 12v battery wire has its own 15 amp fuse while the trailer lights have their own 15 amp fuse. The issue is the aftermarket wiring on this particular Jeep uses a single 12 awg for battery and trailer lights. I think Ill run a 14 awg wire with a 15 amp fuse just for the battery on the 7 pin.

the wire gage in my Mopar OEM ADD-on tow harness is thin, I don’t see how you would get much electricity from the Jeep to a trailer battery(your Jeep or mine)

btw - return wire gage (ground) needs to be the same for optimal performance, dont rely too much on vehicle grounds via the tow hitch.
J

Wanted to update this for those that always worry about appliances draining the vehicle battery when parked. Instead of running another wire for the trailer charge, I found the factory NOS hitch wiring on ebay for $60 shipped, cant beat that! Install was a snap and what do you know, the factory charge line is ignition switched! Going to check my other vehicles to see if theyre the same, no sure why all vehicles aren't like this. 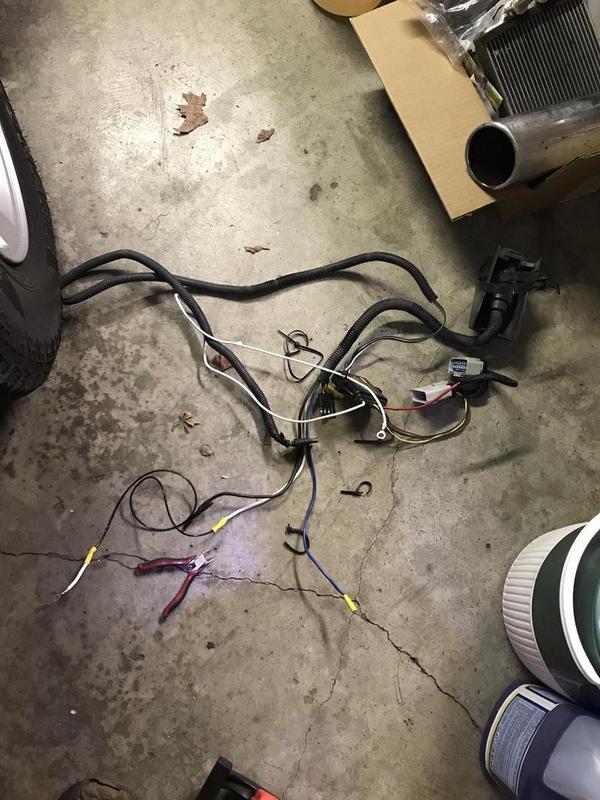 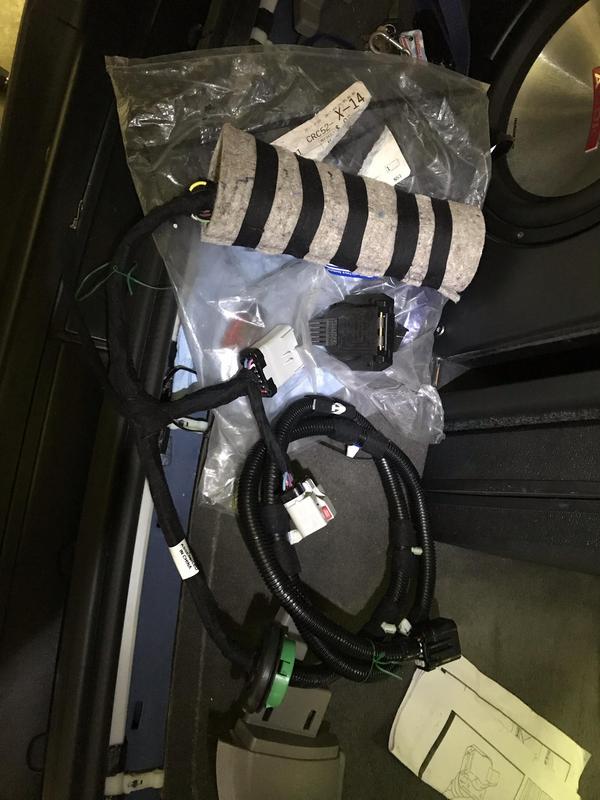 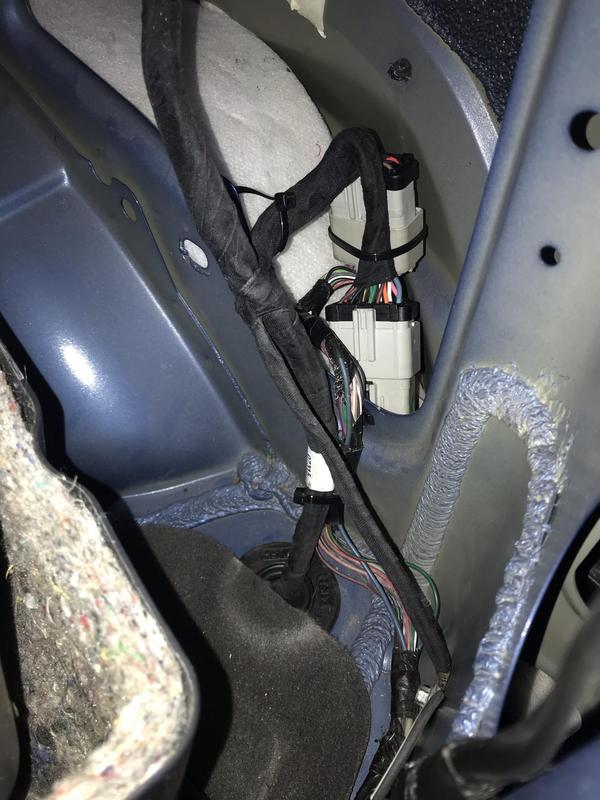