scored 2 3500w Champion generators today, one runs, no power output at the outlets, no circuit breakers tripped. no voltage at all, on gauge or outlet.

the other supposedly had a broken rod or crank, I drained almost a full quart of oil out of it ( holds not quite half a quart ) and it would start on choke but sound very labored, and die soon after. some poking around I disconnected the voltage regulator so the generator head wouldn't energize, the engine runs fine, little hunting at high speed, but smooth and sounds just like the other. no knocks or other strange noises.

reconnect the regulator, and start back up, it runs labored, shows some power on the gauge, but then dies. swapped the voltage regulator from on to the other, no change in either.

and further suggestions ? will be doing some further investigating tomorrow, I think before I spend any real money I would like to try and combine parts of each to make one good, then see what it would take to get the other going. physically they are in excellent shape.

one is little over 18months old, the other is less than 4months, sadly, I can't claim warranty on either, but for what I have in them, I would still be less than actually buying one new if I spent a little 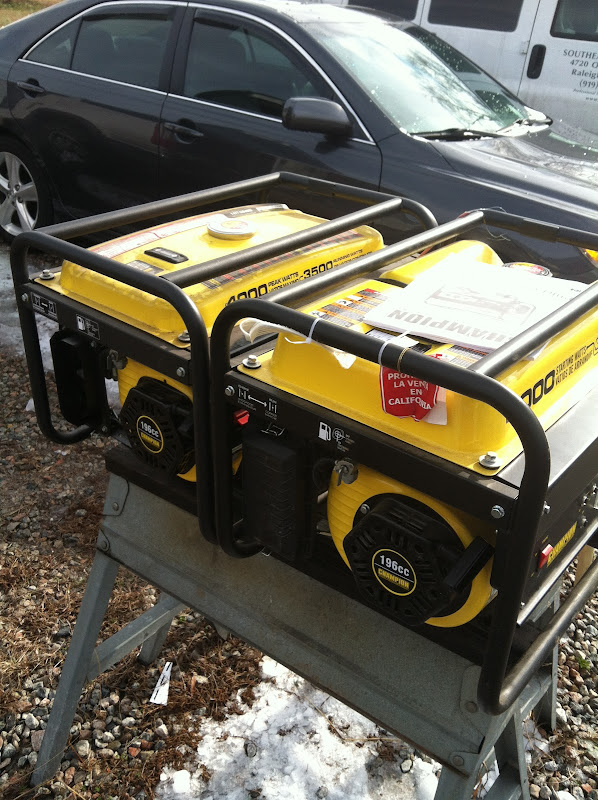 Check the throttle governor on the running gennie it may not be working, on the other it may have blown the Diodes in the gennie head.
B