Deal Of The Century

Hey everyone! My family of 4 has been tent camping for almost 10 years together. Well after this past summer the girls (wife and daughter) said no more tents for them. Money is a little tight for us right now. So I was concerned about losing the quality family time together. I have been trying to get a pop up through trade on Craigslist for almost 9 months now. My goal going into this was to not spend a dime on a camper. Well yesterday the hard work became a reality. And not only did I accomplish my goal. But I scored BIG TIME!

I posted an ad on multiple locations basically telling the same story I just told you above. I got A LOT of responses. But one really interested me. It was an older gentleman who had a stroke last year and was not able to use his pop up anymore. Hence he purchased a travel trailer earlier this year. I arranged to go down and meet with him yesterday morning. He is one of the nicest men I have ever had the privilege of meeting. We struck up a nice long conversation about our love of the outdoors, fishing and hunting. He then showed me the pop up he had. It is a 2003 Flagstaff Classic 425D. It is a 12 foot box with a dinette bump out. It has King and queen bunks. It is a huge pop up. I immediately told the gentlemen that what I was offering in trade was way below the value of his camper. He told me that did not matter to him as he knew the camper was going to a family that would enjoy and use it.

Long story short: I traded 2 handguns and some ammo to this fine gentlemen for his beautiful pop up camper. It did need some work. Had a leak in one corner of the roof which caused some damage to one of the cabinets in the trailer. I immediately found the issue is missing caulk from the roof line. I cleaned up the roof and recaulked it. Leak is gone. He told me none of the roof lights worked. I traced that down to a faulty kill switch under the sink. The propane system did not work (this model comes with a RVQ grill). Traced that to a loose fitting under the front frame rail. The only things I was not able to fix in one afternoon is the water filter housing is cracked (I am guessing from not winterizing the system correctly) That part is 30 bucks and I had to order it. I will also have to pull out the rotten cabinet and replace or rebuild it with something. Sounds like the perfect time to install a porta-poti to me. The fridge works perfectly on ac, dc and propane. I dont know about the water heater until I get the water system fixed.

Moral of the story: There are deals to be had out there. Be patient and honest with people and good things will happen. And if Neil happens to be member here. I want to thank you once again sir!

I tried to post some pics. But I cant figure out how to do it on this site.
S

Awesome deal. I paid a little too much for my camper. The reason I did was the po's wife was recovering from a staph infection to her spine. Major medical bills there. So I felt that I was also helping out some nice people.
M

Welcome to the Portal!
Check under the FAQ section for answers on posting pictures.
F

Welcome from Florida. Awesome deal. Can't wait to see it

Congrats, and welcome to the Portal. I'm excited for you!!! Lot's of good info here.

On the road aagaain See Rallies below;

stef234237 said:
Awesome deal. I paid a little too much for my camper. The reason I did was the po's wife was recovering from a staph infection to her spine. Major medical bills there. So I felt that I was also helping out some nice people.
Click to expand...

In this case you didn't pay too much!
X

Congrats on you N2U PUP. Looking forward to pics.
P

Congrats on the N2U PUP! Time to take it out and make some memories!
C

By the way. I have been a long time lurker on here. Just have not had anything constructive to add to any of the threads. Hopefully that has changed with the addition of my new toy. Here are some pics for you:

Well that didnt work. Heres a link to the pics:

ChocoChock01 said:
In this case you didn't pay too much!
Click to expand...

Agreed. You can bet I will pay it forward when better financial times come my way. Maybe a couple of years in this camper. Then on to a TT and give this one to an up and coming family. Seems only fair in my book.
F

Wow! Great pup. I'm so glad we raised our girls camping. They still love the outdoors now that they're adults. I wish you many happy years with your new family hobby!


Sent from my iPad using Tapatalk
B

Here are your Pics.
Congrats. Pays to be nice to people. 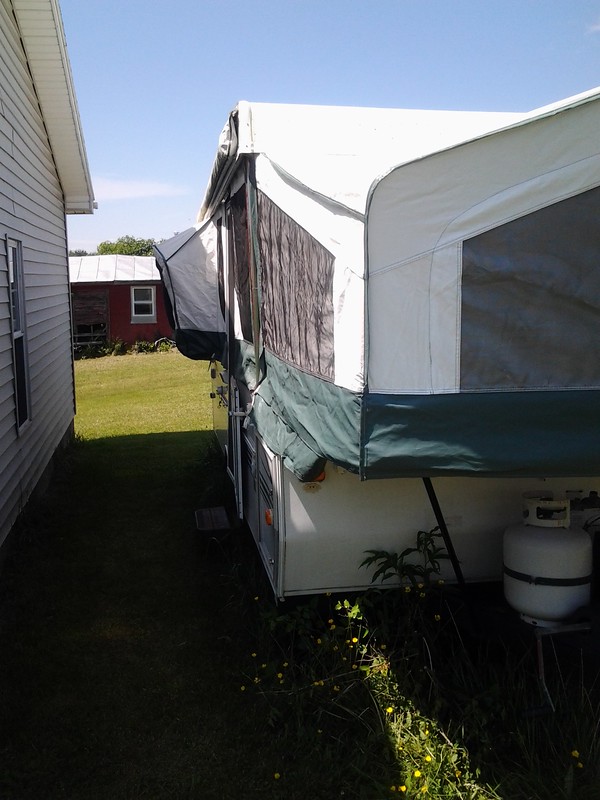 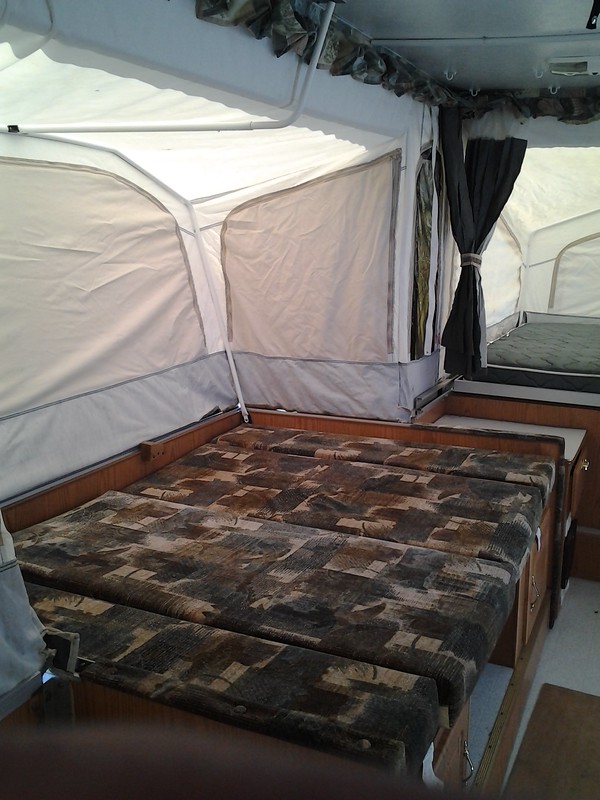 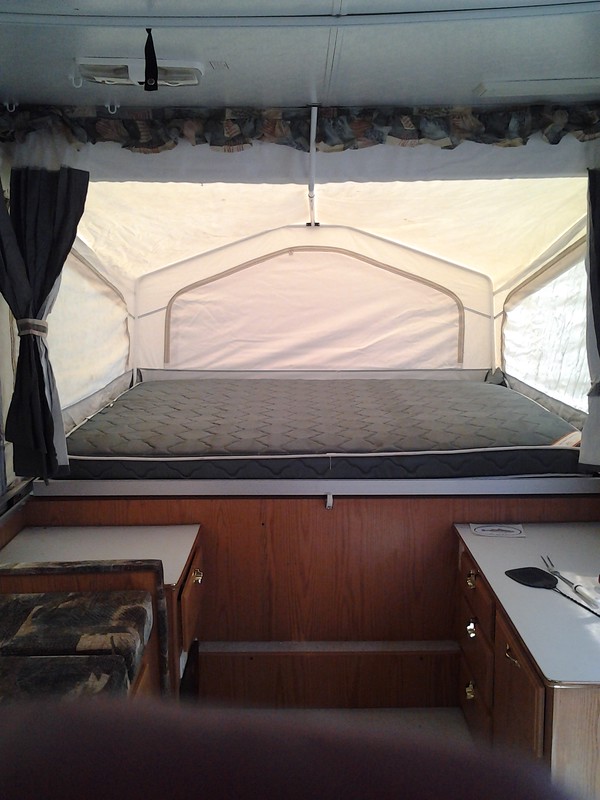 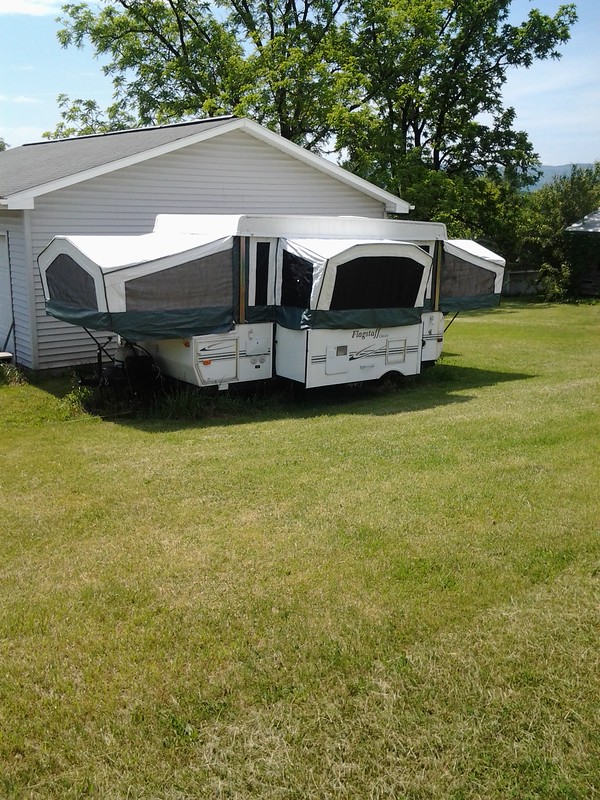 Great deal congregations. Welcome to the portal from the show me state.
C

Well by reading through this great forum I fixed the water today. I simply removed the filter and bought a $1.53 1/2 by 6" PVC nipple. We wont be drinking this water anyways. And I can report that the Water heater works perfectly! Next step for me is to have my children write thank you letters to the previous owner.

On the road aagaain See Rallies below;

You can buy some of the outside filters they sell in general stores. I use it with good results and it is less than $20 after tax..

Wow, that was a heck of a good deal.
C

Nandy said:
You can buy some of the outside filters they sell in general stores. I use it with good results and it is less than $20 after tax..