I thought I saw this somewhere around here, but it's been a while. I got the Dexter tor-flex lift kit for our Starcraft and got it installed a couple months ago.

Now for the nitty gritty. I did a lot of measuring and planning. I figured with the 2.75" or so lift I could fit a larger wheel and tire combo, and at the end of the day no longer need a drop hitch on my truck. And, all of this worked out but it was more work than I planned.

The Dexter kit came with everything needed. I had measured the distance on the mounting bolt holes to get the right kit for this trailer. Finally got down to it and... the axle was drilled out for those holes on the frame, and the kit had something like 5/8" bolts where my axle had 1/2" holes. On top of that, the "blocks" were so wide they hit the trailing arms. A trip to the hardware store returned a set of 1/2" grade 8 hardware, and some trimming with a grinder allowed clearance for the arm on the axle. I unfortunately did not get photos of that... however if this is something anyone is looking to do to their trailer, I highly recommend having a grinder on hand (with a cut-off wheel). 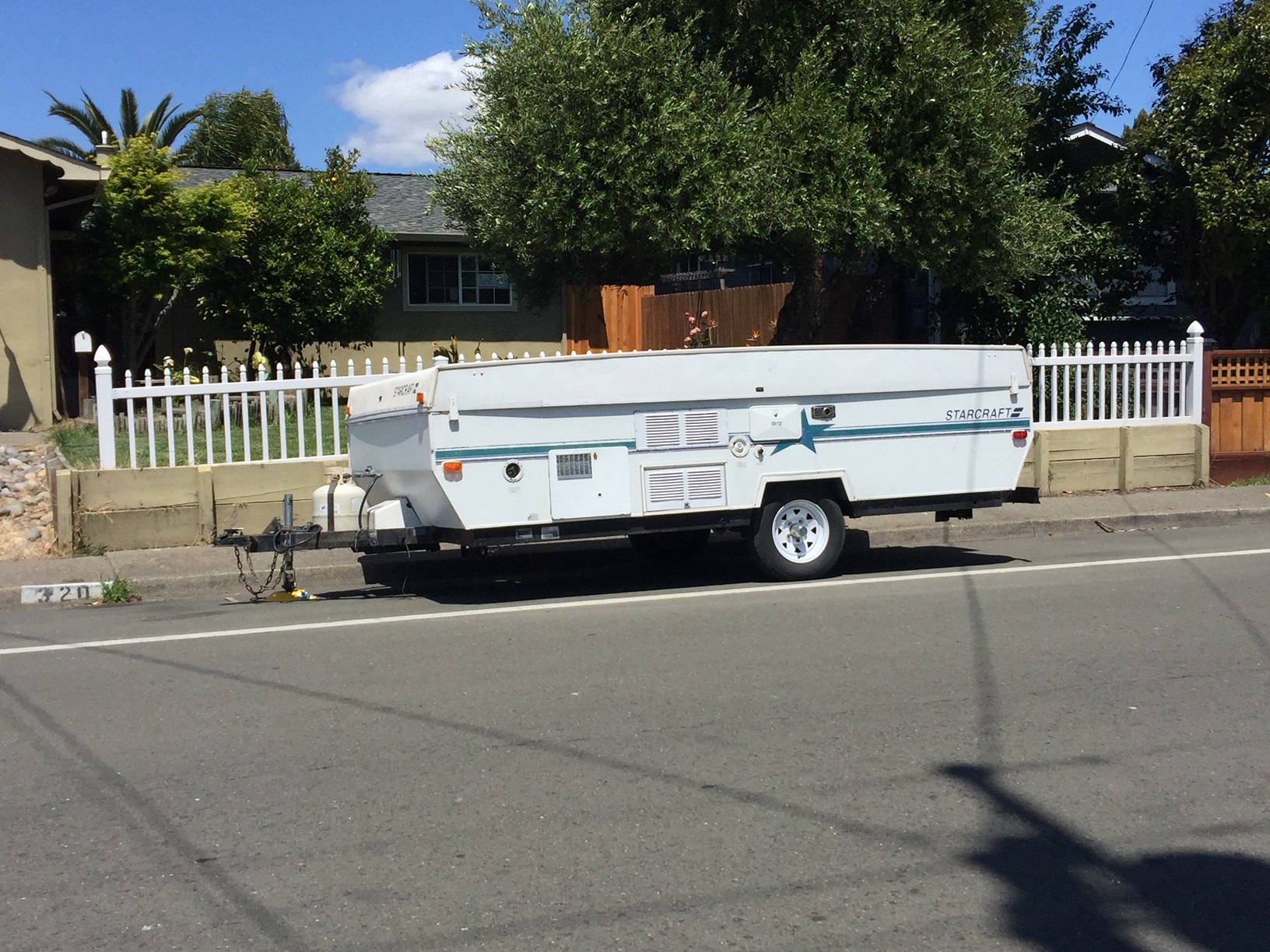 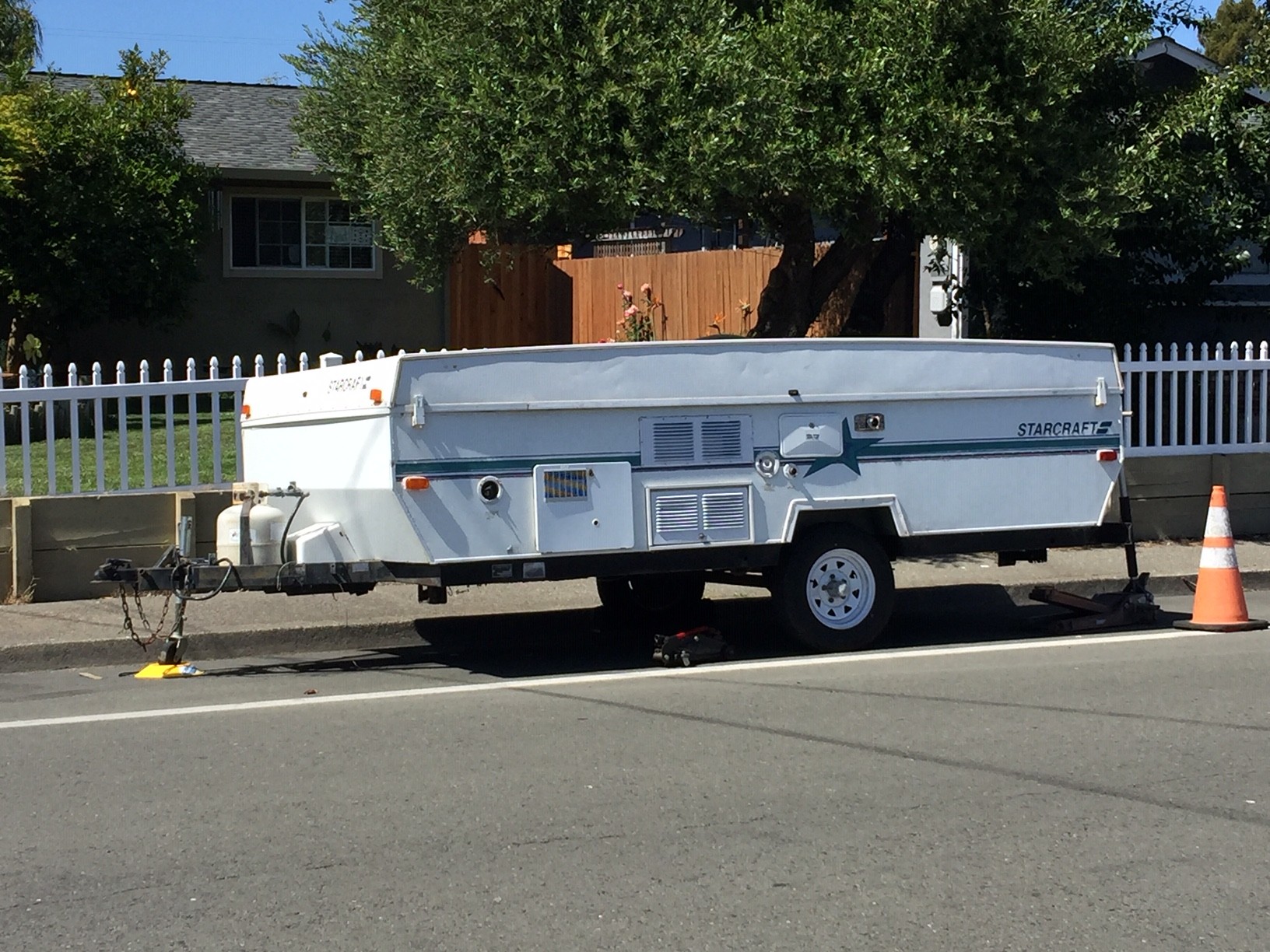 Now, those were still the original size wheels & tires; I think they were like 175/?? R13 or something, with a 1300 pound rating or so each. The new ones didn't come for a few weeks after, but they are 205/75 R14 with a 2040 pound rating each. However, once installed all the measurements were correct; the trailer is still a tad nose-high when hitched with the ball mount that doesn't drop 5 inches on the truck now. When closed, with the lift and tires, the roofline is right around 5 feet. I'm looking at doing a set of scissor type stabilizers next but the original fold-down units will work with blocks if necessary. Odd that it was so low before, when camping off the beaten path there were times I couldn't even lower the original stabs. I did end up swapping the tongue jack out for a Fulton unit I found on Amazon. It actually reaches and doesn't look like it's falling apart.

Another key note on this model anyway: the axle was a support for the fresh water tank, which is mounted under the floor between the frame rails (it's not your typical 10-gallon unit that's for sure). Once lifted the center of the tank started sagging and touching the axle again. It's temporarily blocked up with a 2X4 on top of the axle tube but I'll find a way to maybe use some angle iron mounted under there as an additional support.